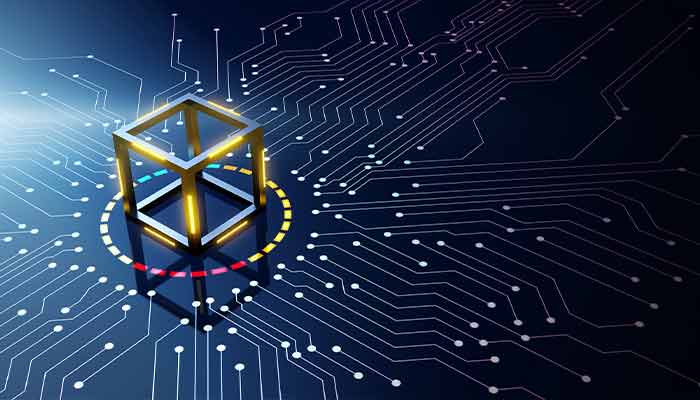 With the advent of rapid digital transformation, the term ‘Blockchain’ has become somewhat of a buzzword. To a layman, however, Blockchain still remains to be a platitude, albeit in a hypothetical sense. Ask the youth what they understand by Blockchain and I’m sure most of them will ingeniously respond by saying it is a Cryptocurrency that you can trade.

To learn more about how these two are different, you may want to peruse through our blog here.

So, what then is Blockchain and how can your business benefit from it?

If you’ve ever been to your local grocery shop, you’ll see the owner scribbling details of his daily sales in a notebook. This notebook containing every financial record of the store is known as a ledger. Blockchain, in simple terms, is a public ledger spread across a wide network that hosts transparent records which are readily accessible without human intervention.

With Blockchain, you can:

As the name suggests, Blockchain is a chain of blocks, where each block contains unique information about a particular transaction. Every time a new transaction takes place, it is recorded and added to the ledger visible at every participant’s end.

In addition to this, here are some other unique features of Blockchain that make it a versatile investment for businesses.

Across the numerous conversations around Blockchain, immutability as a feature is one that is highlighted by most. In essence, immutability is the ability of the ledger to remain indelible, permanent, and unalterable. It is a definitive feature that Blockchain evangelists notoriously mention as a pivotal benefit.

It is highly common for internal stakeholders to manipulate or falsify data and businesses have no choice but to trust its correctness by methods such as user permissions and private keys. However, it is difficult to methodically or mathematically prove that the database is indubitably tamper-free. It’s safe to say that this makes the data auditing process long, tedious, and expensive.

With the revolutionizing feature of immutability, businesses can transform audits into efficient, cost-effective procedures that inculcate trust and integrity into everyday business processes and prove to relevant stakeholders that the databases have not been tampered with.

With Cryptocurrency markets moving toward center stage, Blockchain has gained immense popularity for its ability to facilitate secure transactions.

A plethora of advanced cryptographic techniques coupled with mathematical models of decision making and behavior contribute to the unparalleled security provided by Blockchain.

Cryptography hashing has fundamental importance in ensuring security in Blockchain. Hashing is a process wherein an algorithm inputs data of varying size and gives an output in the form of a predictable hash. These hashes are unique identifiers for each block and each hash generated contains information from that block as well as the previous block.

Rapid digitalization in today’s world is leaving a mark on every aspect of people’s lives and affects their interaction with academic organizations, businesses, governmental entities, etc. While digitalization forms the basis of these interactions, the administrative systems behind these associations remain largely untouched by its advent. Decentralized Blockchain technology has emerged as an elegant solution that addresses numerous pain points such as ownership of data and other assets, digital identity, security, and more, making administrative processes more transparent.

Decentralization in Blockchain refers to the transfer of decision-making from a centralized entity (individual, corporation, etc.) to a dispersed network. This effectively decreases the degree of trust that stakeholders put in each other and discourages their efforts to exercise command over the database in a way that negatively affects the integrity of the network.

Use cases of Blockchain across industries

A stellar combination of these cutting-edge features makes Blockchain the ultimate weapon to have in your tech arsenal. With its immense benefits, it finds use cases across industries such as:

We at Nitor Infotech aim to garner maximum business value from the revolutionary technology of Blockchain. We leverage our expertise to capitalize on the unrestrained growth of this technology with the following special services:

Reach out to us to learn more about our Blockchain services and download our datasheet to see how Blockchain is rapidly evolving into Blockchain-as-a-Service.

Watch this video to see how Blockchain can take your business to the next level. 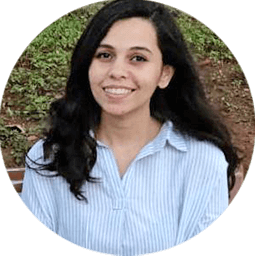 Shravani, a Marcom Executive at Nitor Infotech is a creative and technical content writer, an avid reader, and a stock market enthusiast. She is ambitious about learning something new every day, spending most of her time going down various rabbit holes. She enjoys the company of four-legged beings over two-legged ones and one day wishes to start her own animal rescue centre.