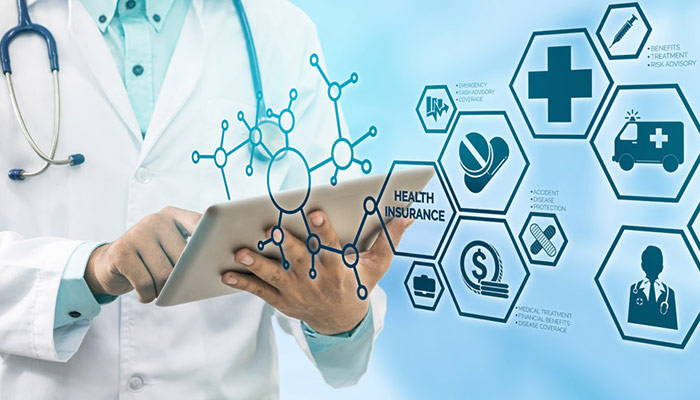 FHIR has resources (Data formats and elements) and APIs (Application Programming Interface) to exchange the data from EHR (Electronic Health Record). FHIR strives to create a world of connected ehealth, with seamless data exchange and integration.

FHIR Resources (Data formats and Elements) are granular clinical concepts. These resources can be managed in isolation, or aggregated into complex documents. Technically, FHIR is designed for the web; the resources are based on simple XML or JSON structures, with an HTTP-based RESTful protocol where each resource has a predictable URL. .FHIR standards are thus based on the latest tech stack – JSON, RESTful APIs, XML, HTTP, etc.

Many Healthcare experts believe that FHIR is easy to implement and easily interoperable.

The FHIR specification is free and has multiple implementation libraries. It has human and machine-readable formats in the same resources, which makes it easy for developers to implement. FHIR supports seamless exchange of information and supports RESTful architecture.

FHIR is easy to develop in a working system, which could save a large amount money and at the same time solve real world clinical and administrative problems. FHIR is suitable for use in a wide variety of contexts-mobile phone apps, cloud communications, EHR-based data sharing, server communication in large institutional healthcare providers, and much more.

HL7 believes that FHIR has a simple architecture & capabilities that are flexible enough to accommodate any changes caused by diverse healthcare processes.

That’s fine….but how is it different from existing HL7 and benefits of adopting FHIR?

It uses a modern web-based suite of APIs (application programming interface) to exchange the data from EHR (Electronic Health Record), including a HTTP-based RESTful protocol, HTML and Cascading Style Sheets for user interface integration, and a choice of JSON or XML for data representation.

This means that FHIR is easy to develop and its technical ability could be instrumental in developing it as plug and play, which is conceptually similar to the App Store. It would also allow developers to create apps using public APIs, which could be used across the system rather than using within the system.

Benefits include seamless exchange of messages or documents, easy and free specifications, ease of adoption and building, compatibility of FHIR with previous versions like V2 and CDA , ease of a human readable component for developers, and a strong foundation and focus on implementation which makes it easy to develop.

FHIR is still in its draft version and expecting some amendments, but the concept should remain the same.

What about backward compatibility?

One of the biggest advantages that FHIR possess is its ability to easily integrate with previous versions of HL7. In order to convert any of the previous HL7 versions (HL7 V2, V3) to FHIR, a reference object will be required; the reference objects should point to the same resource URI. Since FHIR is built on the HTTP-based RESTful protocol, the biggest challenge lies here because not all previous HL7 version messages have identifiers defined to point to a resource.

How HL7 experienced organization can help?

Devising a strategy to implement FHIR in an organization or migrating from any of the previous HL7 version to FHIR will require the expertise of those who have experience in HL7 implementation. Organizations with experience in HL7 will have a clear edge over the first-timers as they are well-versed with HL7 standards and would be quick to adopt a strategy for implementing FHIR.

FHIR is definitely the next level of interoperability standards. However, early adoption is the key to take healthcare organizations to the next level. In continuation with FHIR , Nitor Infotech is investing heavily in doing research in FHIR implementation and enabling their current customer base to adopt to FHIR standards.

Upcoming topics that you can find in the near future are:

Do reach out to us to learn more about our services.